The Patrol Division is managed by Captain Curtis Wesler. who has been with the Department since 2003. Captain Wesler worked his way through the ranks of Corporal , Sergeant and Lieutenant. He has supervised various units and teams, from Patrol and Investigative Service to the SWAT team. Captain Wesler is a graduate of the Southern Police Institute and holds a Criminal Justice degree.

The Patrol Operations Division consists of one Division Commander, who holds the rank of Captain, four Lieutenants, four Patrol Sergeants, four Corporals, thirty-two Patrol Officers, two K-9 Officers and one Administrative Secretary. The Division Commander oversees the patrol operations to include ensuring each member of the division is properly trained and equipped to provide the highest quality of service to our community. Within the Division, there are four squads; each supervised by a Sergeant who manages a Corporal and eight Officers. Each squad works a 12.5-hour rotating shift to provide the city with 24 hour a day coverage, 365 days a year.

Each officer on a patrol squad is equipped with the highest quality, state of the art equipment to maximize their safety and efficiency. Patrol Officers are assigned areas of responsibility within the city limits to maximize response time to calls for service and emergency situations. 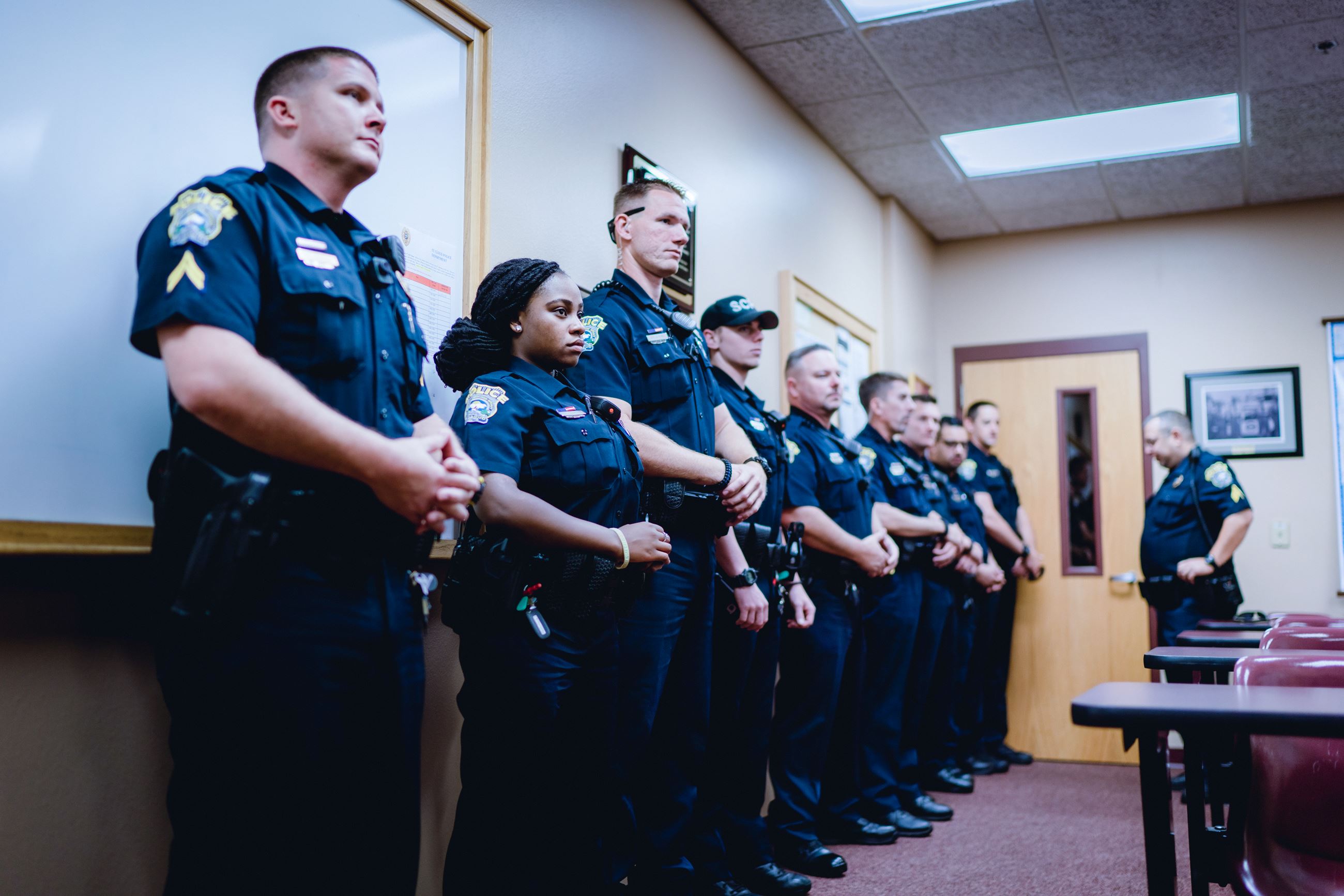